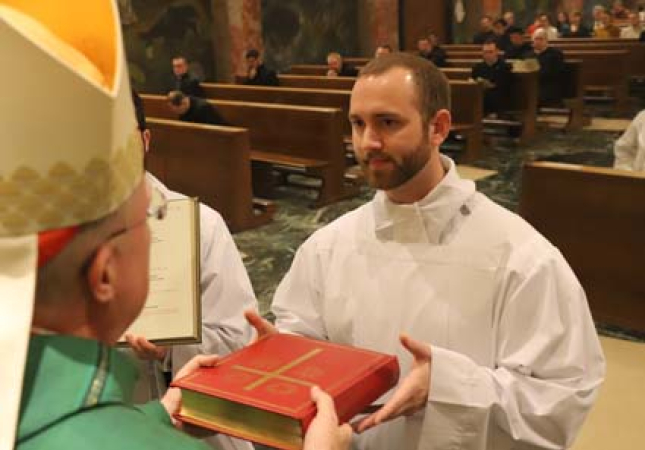 (ROME) - On Jan. 15, His Eminence Arthur Cardinal Roche, Prefect of the Dicastery for Divine Worship and the Discipline of the Sacraments, conferred the Ministry of Lector in the Chapel of the Immaculate Conception at the Pontifical North American College, Vatican City State to Diocese of Saginaw seminarian Charles Warner.

Addressing the 25 new lectors in his homily, Cardinal Roche emphasized the attentiveness of John the Baptist towards God and His word. Such a man, who listens to the Lord “with your hearts as well as your minds,” will be a light “not only within the family of the Church, but beyond the familiar boundaries, to the deaf and the blind, the unsuspecting and hidden amongst the crowds ...so that his salvation may reach the ends of the earth, to those whose culture is alien to us ... so that His salvation may reach the ends of the earth.” Challenging the new lectors to be vulnerable before God’s word, Cardinal Roche discouraged “insular attitudes either to God or to what he asks from us, but to remain open to the word of the Lord and ready to respond to that.” The new lectors’ path is one of daily conversion, insisted Cardinal Roche, “Each day you will have a deeper love of the Scriptures so that, in all you say and do, show forth to the world our savior Jesus Christ.” 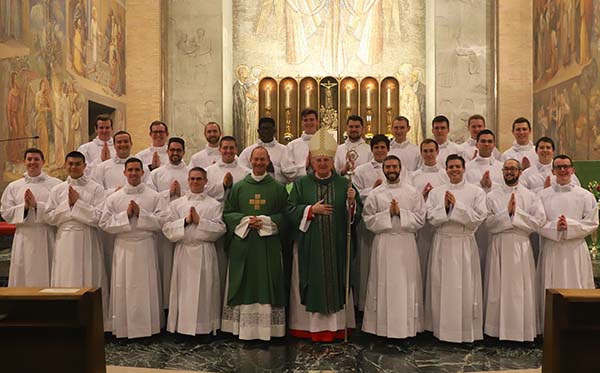 As part of the rite, Cardinal Roche placed the Holy Scriptures in the hands of each candidate and said, “Take this book of holy Scripture and be faithful in handing on the word of God, so that it may grow strong in the hearts of his people.”

The Pontifical North American College serves as the American seminary in Rome. Founded in 1859 by Blessed Pius IX, the College has formed over 5,000 priests near the heart of the Church for service in dioceses around the United States, Canada and Australia. The College strengthens the bonds between Rome and local Churches worldwide, and it allows its students a first-hand encounter of the Church’s rich religious and cultural heritage.

A gallery of photos from the Mass may be viewed at https://www.flickr.com/photos/pnac/albums in the coming days. 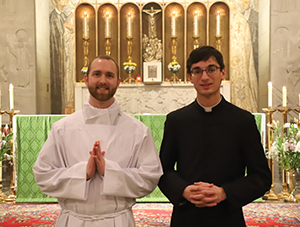