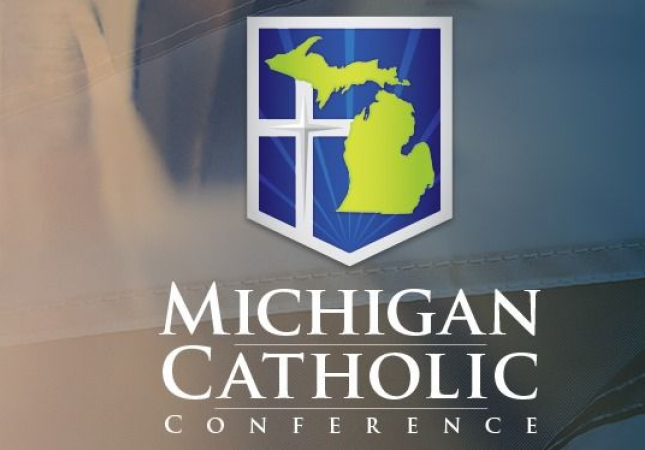 (Lansing, Mich.) – In an effort to support the funding provisions of the federal CARES Act that recognizes the impact of COVID-19 on all students, Michigan Catholic Conference has joined a legal brief filed today in federal court opposing national litigation from Attorney General Dana Nessel, Governor Gretchen Whitmer and Superintendent of Instruction Dr. Michael Rice that seeks to withhold millions of CARES Act dollars earmarked for nonpublic schools in Michigan and across the country.

“We’ve previously stated that the lawsuit filed by the Governor and Attorney General seeks to allow them to engage in discriminatory policy-making.  Today we have joined 37 other organizations in Court to ask for all students to be treated equally, as was the intent of Congress,” said Paul A. Long, Michigan Catholic Conference President and CEO.

Earlier this month the Michigan Governor, Attorney General, and Superintendent of Public Instruction joined with the California Attorney General to file a lawsuit to prevent the federal government from distributing CARES Act resources intended to assist nonpublic schools across the country with pandemic-related costs. In effect, the Michigan litigants are seeking to withhold $16.5 million from nonpublic schools in this state during the pandemic, despite federal legislation allowing for the schools to receive the funds.

According to the legal brief filed today and supported by MCC: “Congress historically has, and continues to, recognize the importance of private schools as a vital part of the education sector. The pandemic significantly impacted all K-12 schools and the CARES Act was intended to help schools, both public and private, continue to serve students. The Department’s rule is a continuation of that intent and commitment to ensuring that all families can access the school of their choice, and is a correct and appropriate implementation of the underlying requirements of the CARES Act.”

The amicus brief to which Michigan Catholic Conference has signed on to was filed in the U.S. District Court for the Northern District of California today by the Wisconsin Institute for Law and Liberty. The case is Michigan vs. DeVos. Among the 38 signatories of the brief are the American Federation for Children, the Council for American Private Education, various state Catholic conferences, National Catholic Educational Association, Agudath Israel of America, Council of Islamic Schools of North America, Michigan Association of Nonpublic Schools, the Great Lakes Education Project, and the Mackinac Center for Public Policy.

MCC President and CEO Long concluded: “While the governor and attorney general have committed themselves to a mutually exclusive education system in Michigan, to the detriment of over 100,000 school children and their families, nonpublic school advocates are stepping up to say: ‘this discrimination must end.’”