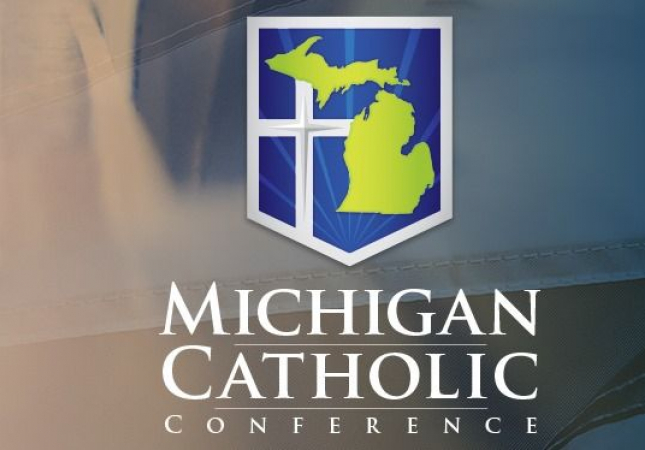 (Lansing, Mich.) – Michigan Catholic Conference (MCC) formally announced today it is helping to steer a statewide ballot question committee in opposition to a proposed “anything goes” constitutional amendment that would permit unrestricted abortion throughout pregnancy and prevent parental participation in their children’s lives related to human sexuality. Joining Right to Life of Michigan and other statewide and local pro-life organizations, MCC will work with Citizens to Support MI Women and Children to oppose the proposal backed by Planned Parenthood and the American Civil Liberties Union that is now collecting signatures to place the unlimited abortion question on the November statewide ballot.

“This is an historic occasion for the pro-life community and indeed all people in Michigan to oppose such an extreme amendment to the state constitution,” said Michigan Catholic Conference President and CEO Paul A. Long.  “We are eager to engage with all people of goodwill to clarify how dangerous this proposal is for unborn children, vulnerable women and families.”

Kicking off its campaign with a press event today at the Michigan Catholic Conference office, Citizens to Support MI Women and Children has filed the necessary paperwork with the Secretary of State to oppose the proposal and to raise resources needed to fight what is expected to be a multi-million dollar campaign to enshrine unrestricted abortion in the state constitution. Backed by infamous abortion advocates Planned Parenthood and the ACLU, the proposal has been touted both by Governor Gretchen Whitmer and Attorney General Dana Nessel, along with a host of additional pro-abortion advocates and elected officials in Michigan.

“Our unified and committed campaign is eager to promote the value of life and well-being of pregnant women as the abortion industry has set its sights on Michigan,” Long said.  “Despite the state’s near total abortion ban that has been in effect since 1931 and has found constitutional protections at various levels of the judicial branch in Michigan, the organizations pushing this constitutional amendment are actively seeking to overturn every common-sense statutory safeguard that regulates abortion.”

Michigan Catholic Conference is also working in collaboration with Right to Life of Michigan to defend in court Michigan’s long-standing near prohibition on abortion that lies dormant due to the 1973 Roe v. Wade decision.  The statute includes an exception to save the life of the mother.  Gov. Whitmer and other abortion advocates have filed lawsuits in Oakland County Circuit Court, Michigan’s Court of Claims, and the state Supreme Court to try and find constitutional protections for abortion should the U.S. Supreme Court overturn Roe.  Last week, a Court of Claims judge who has long advocated for abortion rights and has supported Planned Parenthood both professionally and financially, granted an injunction that prevents the 1931 law from going into effect.  Represented by the Alliance Defending Freedom and litigator John Bursch, MCC and Right to Life on Friday, May 20 filed a complaint asking for the Court of Appeals to issue an order of superintending control over the Hon. Elizabeth L. Gleicher of the Court of Claims, asking for the Court to either take over the case or to require the judge to recuse herself.

“In the courtroom and at the ballot box, human life in Michigan is being threatened by the most extremist abortion advocates this state has witnessed,” said Long.  “Together with our coalition partners, we vow to work with diligence – guided by prayer – to uphold the sanctity of life in Michigan and to ensure every vulnerable mother has access to the support and compassion she needs to care for herself and her child.”

Reproductive Freedom for All, the organization seeking to place the pro-abortion amendment on the November general election ballot, has until July 11 to collect and submit to the Secretary of State 425,059 valid signatures of registered Michigan voters.

Editor’s Note:  The proposed constitutional amendment, according to Citizens to Support MI Women and Children, would likely impact the following:

• Parental consent for children’s medical treatment that involve sex or pregnancy, including sterilizations

• Screening for women being coerced to have abortions

• Increased penalties for abortions after viability

• Requirement that only doctors perform abortion

• Licensing and health and safety requirements for abortion facilities

• Conscience protections for doctors and nurses who object to performing abortions

• Michigan Surrogate Parenting Act and a ban on commercialized surrogacy