Diocesan Priest Suspended from Ministry as Allegation is Investigated 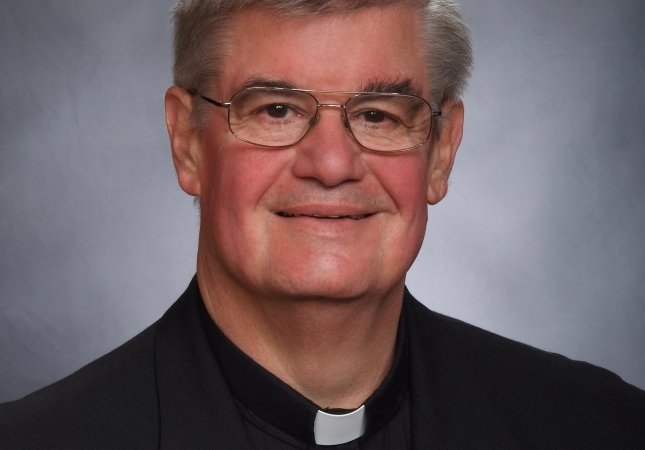 SAGINAW — A senior priest of the Diocese of Saginaw, Father Ronald J. Dombrowski, 72, has been suspended from priestly ministry by the Most Rev. Joseph R. Cistone, Bishop of Saginaw, as an allegation of sexual abuse against Father Dombrowski is being investigated. A self-identified victim, who was a minor at the time and is no longer a minor, was in contact with the Diocese on Thursday, March 15. The diocese shared this information with law enforcement.

Although nothing has yet been determined, as a precautionary measure, Father Dombrowski was immediately suspended from priestly ministry. He is to have no contact with individuals under 21. This prohibits Father Dombrowski from going on school properties and participating in school and parish activities and functions. In addition, Bishop Cistone has informed Father Dombrowski that he must refrain from wearing clerical garb, refrain from the exercise of public ministry, and may not present himself publicly as a priest while the allegation is being investigated.

Father Dombrowski most recently served as sacramental minister at Holy Family Parish in Saginaw, 1525 S. Washington Ave., Saginaw, 48601, where he celebrated Mass and the sacraments.

His first priestly assignment was as an associate pastor at the Cathedral of Mary of the Assumption, Saginaw, from March 1972 to February 1974. He was appointed associate pastor at St. Stephen Parish, Saginaw, from February 1974 to July 1976, and associate pastor at St. James Parish, Bay City, from July 1976 to January 1978. He was appointed pastor at St. Mary of Czestochowa, Kinde, and St. Edward the Confessor Parish, Kinde, from January 1978 to July 1980. He was administrator at Ss. Peter & Paul, Ruth, from July 1980 to January 1981. He was pastor of the following: St. Frances Xavier Cabrini, Vassar, and St. Bernard, Millington, from January 1981 to July 1990; St. Mary, Parisville, July 1990 to July 1994; St. Mary, Our Lady of Sorrows, Port Sanilac, July 1994 to July 2001; St. John Chrysostom, Forestville, August 1994 to July 2001; and St. Josaphat Parish, Carrollton, July 2001 to June 2013. He served as administrator of St. Matthew Parish, Zilwaukee, from July 2006 to July 2013. He served as sacramental minister at the following: St. John the Baptist, Carrollton, July 2006 to July 2013, and St. Matthew, Zilwaukee, July 2006 to July 2013. Until being suspended from ministry, Father Dombrowski served as sacramental minister of Holy Family Parish, Saginaw, since July 2014. Father Dombrowski received senior priest status in July 2013