Diocese of Saginaw Delegate Meets with Saginaw County Prosecutor on Common Interest: ‘We have No Desire to have Anyone out in Active Ministry, or any Employee of the Diocese who would be Endangering Minors’ 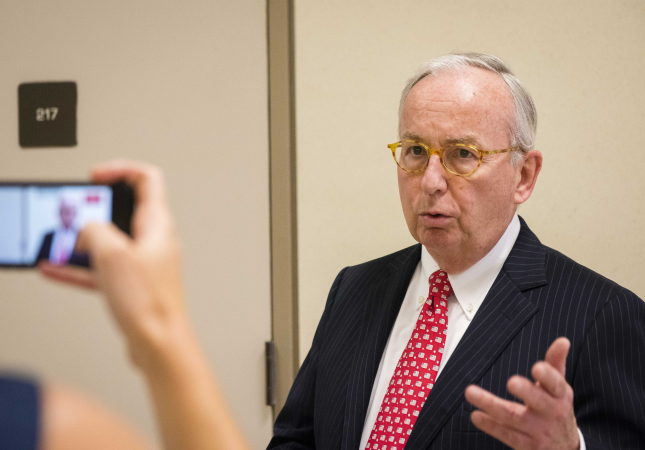 “We have a common interest . . . we have no desire to have anyone out in active ministry, or any employee of the diocese who would be endangering minors,” Judge Talbot said.

Stating his concern for the protection of children and families, Judge Talbot asked the Prosecutor whether there is any allegation against any other member of the clergy who has not already been removed from ministry.

“I’m concerned about whether there is anybody else,” Judge Talbot said. “And, I asked, ‘If there is, please let me know; we want to take them out of ministry. My concern is the protection of young people out there today.’”

Judge Talbot requested that if there are not additional names, beyond those who have already been removed from ministry, the prosecutor’s office would share that with the community.

Judge Talbot offered to meet with law enforcement officers, and provide diocesan employees for interviews if that would help.

“We have a common interest, and we left with, I think, a very positive agreement between us . . . that we’re going to work cooperatively,” Judge Talbot said.

Judge Talbot also made very clear that it is not his role, and he has no desire whatsoever, to intervene or comment on any current, active criminal cases so as not to interfere in any way.

In April, Judge Talbot was named special independent delegate to assume full authority within the Diocese of Saginaw with regards to all matters involving the alleged sexual abuse of minors and sexual misconduct by clergy and diocesan representatives. The recently retired judge of the Michigan State Appeals Court will oversee procedures and responses to the sexual abuse of minors — and sexual misconduct issues — involving clergy and other diocesan representatives. He will establish specific roles and responsibilities for diocesan representatives including communications to the general public, as well as official responses to media inquiries, and will take the lead on any and all interaction with civil authorities.

Listen to the full recording of Judge Talbot's interview with the media. He begins by talking about sharing information with prosecutors